Season 2 of The Walking Dead is here!

Andrew Lincoln,who I have only just stopped referring to as Egg (Google This Life if you don’t get it) is back as Rick Grimes continuing to protect his family, and other survivors, from the post zombie apocalyptic world in which they exist. 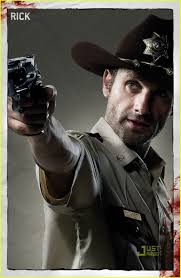 I am pretty excited as I love zombies, comics, Andrew Lincoln and eggs!

Seriously though it looks pretty good and I was really impressed with how the first season managed to create a fresh atmosphere around a much covered topic.

If however you want to start at the begining you can start with the ongoing comic book series, The Walking Dead, by Robert Kirkman, Tony Moore and Charlie Adlard. Or if you just want to catch up with season 1 you can get the box set.