Aucklands own Eddie Numbers has announced the release date of their debut album ‘Another Day In Paradise’.

I reviewed Eddie Numbers right here on this blog, when they performed at Ponsonby Social Club  in February, so I am so pleased to hear about their album release on the 14th May 2012. 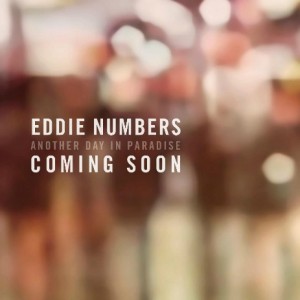 Tracks from the album have already received radio play on George Fm, Bfm and Radio Active. Base Fm are making Another day in Paradise  album of the week during the release week in May. The band has described ‘Another Day In Paradise’ as an ‘alternative Hip Hop recording.’

This album was recorded in New Zealand but mixed and mastered by Mike Nielsen at Moda Sound Studios, Istanbul.  Neilson has worked with international artists including Jamiriqui, Underworld and KRS ONE.

Over the past two years Eddie Numbers has worked hard honing their live performance at big festivals and countless clubs and bars across the country, while gathering themselves a loyal fan base.

The group were adamant they wanted to portray the energy of their live performance on their debut record. Eddie Numbers describe themselves as a band as opposed to being an M.C or rap group with a band.

The album features 9 tracks but here is the video for ‘You Don’t Know’ as a taster.

There will be a album release party on May 19th at Ponsonby Social Club, Auckland and I look forward to hearing about a tour too!