So here we are, the 20th NZ International Comedy Festival. 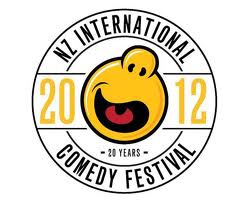 There are so many great shows to choose from that it can be an overwhelming task choosing who to go and watch.

Therefore I have put together a short list of acts you can see from this Saturday night.

Canadian comic Craig Campbell brings us some hilarious tales from his life. His unique ability to find humour in the mundane, coupled with his own natural eccentricity makes for truly inventive storytelling. Now an internationally acclaimed act, Craig’s whimsical travel anecdotes never fail to surprise.

Have you ever been to a comedy show and wondered why you’re being lectured to by a thirty-something alcoholic who hasn’t even had kids or a mortgage yet?  Brendon Burns, the ex “rock n roll” comic used to be that guy. Now he’s fat, bald and happy as hell to mock all manner of comic poseurs. I have seen Brendan twice, once in his award winning Edinburgh Show in 2007. I am really looking forward to seeing him again 5 years on as I imagine his material is on a whole new level.

Dead Cat Bounce, from Ireland, were winners of the Sydney Comedy Festival Time Out Jury Prize in 2010 and the People’s Choice Award in 2011. They make their NZ International Comedy Festival debut this year. Referred to as Ireland’s answer to ‘The Flight of the Conchords’ they are ready to rock. Their ‘Rugby’ song has over 800,000 hits on YouTube

“A first-class comedy band that have it in them to be Ireland’s (even scruffier) answer to Flight Of The Conchords.” – The Guardian

Part rock band, part international comedy sensation, part three guys who spend an uncomfortable amount of time together, Dead Cat Bounce have been touring the world relentlessly, on a very tight budget, since 2008.

“One of the funniest damn acts on the planet.” – Time Out, Sydney

Chris Cox is a English entertainer who sold out his season at the NZ International Comedy Festival in 2010, so he has been invited back in 2012 with his brand new show, ‘Fatal Distraction’ . The self proclaimed ‘mind reader who can’t read minds’ is an accomplished and much-loved performer, using a mongrel hybrid mix of witty chit-chat, magic, psychology, body language, influencing, devilish good looks… and lying, to make you think he knows what you’re thinking, despite never knowing what you are thinking, or being able to really do anything he says. All this helps him to produce a highly-entertaining and very funny cutting edge show that’ll make you say the wow word.

Voted ‘Best Comedy Show in the UK’ in 2011 by Venue Magazine.

The great Axis of Awesome will be performing all their greatest hits and more so don’t miss your chance to see Australia’s Kings of Musical Comedy who are in New Zealand for the first time ever! These guys have had over 40 million hits on Youtube.

The Axis of Awesome World Tour 2006 will feature an hour of their greatest hits as well brand new material.

My final pick is the fantastic Stephen K Amos who brings NZ his show ‘Laughter is my Agenda’. The show is full of his life observations and hilarious stories, this show will be bursting with Stephen’s special brand of melt-in-the-middle comedy. Stephen K Amos really is as good as everyone says. I have seen him previously at Edinburgh and he sold out every night and really put on a amazing show that makes you want to get your fix again and again.

His website says, ‘If laughter is the best medicine, bring your prescriptions’ so get your tickets asap as these are bound to sell out!

”Amos is a hugely skilled performer, genial and always in control… clever and outrageously extravagant.” The Scotsman

Laughter is my Agenda is at the SKYCiTY Theatre from 28 April and 1 -2 May from 7pm.

It is impossible to cover all the great acts that are performing so this is just a selection but go to the Comedy Festival Website for the full listings.