‘I’ve been doing this job for almost 20 years… I’ll do the jokes!’ said Stephen K Amos to a confident audience memeber last night, the first of 3 nights at SKYCITY Theatre.

He has returned to Auckland after a 5 year absence with his show Laughter is my Agenda.

He walks on the stage with a cool confidence and is instantly at home and instantly making you laugh, some times you are not even sure why.

He takes control of the audience immediately when he puts the house lights up and has a little look at us all. Upon noticing some empty seats in the front rows he invites a family he noticed in the foyer to come down and fill them. This was the start of their participation in the show which especially focused on the teenage sons Tom and George, often much to mum’s embarrassment. 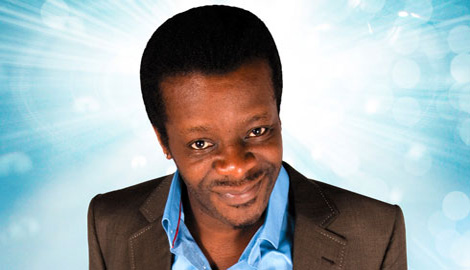 Stephen is a master of audience interaction and is able to bring them in to his existing material. He covers the topics of heritage, background and nationality all in his quest to fulfill his agenda of making us laugh. He can be cheeky and naughty but is also very clever and his jokes never seem crude. He has the kind of talent and confidence that comes with 20 years in the comedy business but also of a natural innate likeableness that people respond to.

This hour show flys by and the only fault I found was that I wished there was more!

After the show Stephen sat and sighned DVD’s, autographs and had pictrures taken laughing and joking all the way through. Go and see Stephen K Amos for a night of laughter that will continue for hours after the show. I hope he doesn’t leave it another 5 years to come back to New Zealand.