I am a fan of Brendon Burns and first saw him perform live in 2002 during Edinburgh Fringe. Now it seems that I have seen him at 5 year intervals, as I watched his award winning 2007 show So I Suppose This Is Offensive Now and Home Stretch Baby at the NZ International Comedy Festival 2012. 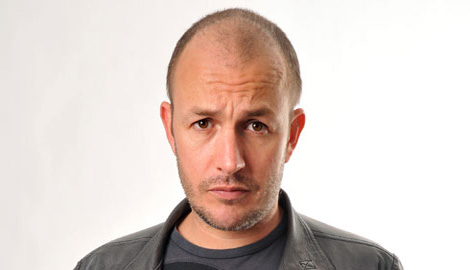 This Australian comedian is a favourite on the UK comedy circuit and I believe this is his first time performing at the NZ Comedy Festival.

The show Home Stretch Baby covers Brendon’s life since turning 40 and the life changing events that have brought him to create this show. ‘Thank fuck all that’s over’ he says as he expresses the joys of feeling that a lot of life’s stresses are over and he is now on the home stretch.

He is relaxed and expressive on stage raising his animation and volume as anidotes dictate. I find comedy to be at its best when it’s emotionally touching and raw, as this show is. He manages to cover life and death in an optimistic, philosophical and positive way bringing regular giggles, to full blown belly laughs, along the way.

I really enjoy his story telling style which enables you to both get absorbed in the characters, and laugh at the rediculous things, events and people that life throws at us.

I admire stand up so much as an art form and way of expression and see its cathartic advantages and you do feel that you are really learning about this man and the journey he has come through.

Brendon is an intelligent and exciting comedian and is described as an ‘ex – rock n roll comic’ . I am not entirely sure what that phrase should mean but I found him to be full of passion, enthusiasm and honesty, which is probably one the most rebellious ways to be nowadays, how rock n roll is that!

Check out Brendon Burns Home Stretch Baby at The Classic Studio until 5 May.

The NZ International Comedy Festival runs until 20 May 2012.