Milton Jones is in New Zealand for 13 shows for the NZ International Comedy Festival.

With the first week under his belt this week is your last chance to see one of the UK’s top headliners here in NZ for the 2012 festival. 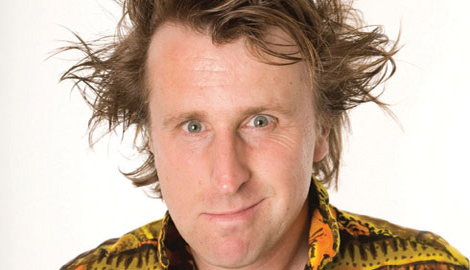 If you have never seen Milton Jones here is an idea of what to expect.

You will experience fast one liners, both clever word play and surreal subject matter. His delivery is so calm and relaxed which is a joy to watch.

The jokes come so quick that you can be forgiven for missing a few but don’t worry there will be four others coming your way before you know it.

The sheer bulk of his material is astounding, and I didn’t think he was the kind of comedian who would involve the audience, but he does and superbly at that. He is able to work his material so it just flows around the comments or banter that occur.

He is silly and fun with a cheeky innocence and likeability. His quick wit and ability to meander around his material, seemingly plucking which ever gem he chooses is a true individual talent that must make him the envy of many performers.

I watched his hour show to a sold out crowd at The Classic who never stopped giggling and even cheered him on for an encore.

Milton Jones’s surreal blend of comedy will leave you wishing you could remember more of his brilliant one liners after the show.