My loyalty for the ladies has finally kicked in as I made it to another female comedians show last night.

Janey Godley ‘The Godley Hour’ has been at The Classic all this week so I was so pleased to get a chance to see the show before the end of her fantastic run.

I had been keeping up with Janey during her time in New Zealand through her blog and podcasts. This year’s visit to New Zealand has been an eventful one where she got to meet her idol Billy Connolly! 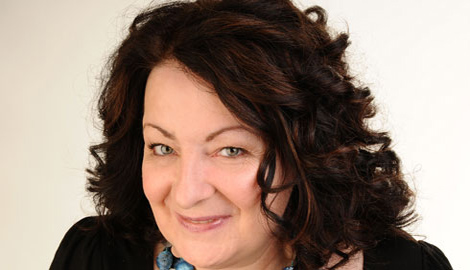 Glaswegian Janey Godley is comfortable in her own skin and this confidence means she is a comic who is fearless and provocative on stage. I believe that’s how great comedy is made and how she has been able to produce such consistently funny stand-up year after year.

She comes across open and honest in front of an audience who admire her as she performs her hour show at The Classic in Auckland.

No stone is left unturned as she takes us through her views on men, women and sex as well as other personal stories which often make her husband or daughter part of her act.

Her hilarious escapades are garnished with the odd swear word or four but she is by no means an offensive comic. I found her to be quite the opposite as she comes across honest and smart with an eccentric storytelling style which you just get lost in.

Janey is who she is and I think that’s why people warm to her. This was so evident when watching the reaction of those who met her after the show. So pleased to have met Janey after the show

I am glad that there are strong female comics like Janey, proving the doubters wrong one night at a time!

This hour of stand-up is just that, traditional no frills joke and story telling which had a captivated audience roaring with laughter throughout.