On the 18 October the World’s most supercalifragilistic musical opens at The Civic in Auckland! 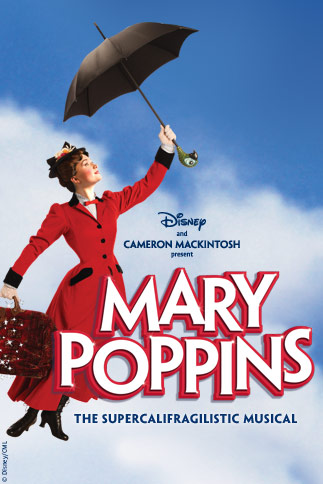 Based on the beloved books by P.L. Travers and the classic 1964 Walt Disney film, MARY POPPINS, the world’s most magical musical arrives in New Zealand and lucky Auckland will get a chance to see this amazing show for a limited season!

The New Zealand production of MARY POPPINS comes direct from a sell out  Australian tour, and follows productions in London, New York, and Holland as well as as British and North American touring productions.

Produced by Cameron Mackintosh and Thomas Schumacher for Disney Theatrical Productions this is truly a show not to be missed!

“The music theatre event of the year”
The Sydney Morning Herald