Your friendly neighbourhood Spiderman returns in this reboot, which takes us back to the beginning once again. This origin story doesn’t differ that much from the original trilogy, the only added plot point being the disappearance of Peter Parker’s parents.  Andrew Garfield shoehorns himself into the leotard this time as Peter Parker/Spiderman alongside Emma stone as love interest Gwen Stacy. 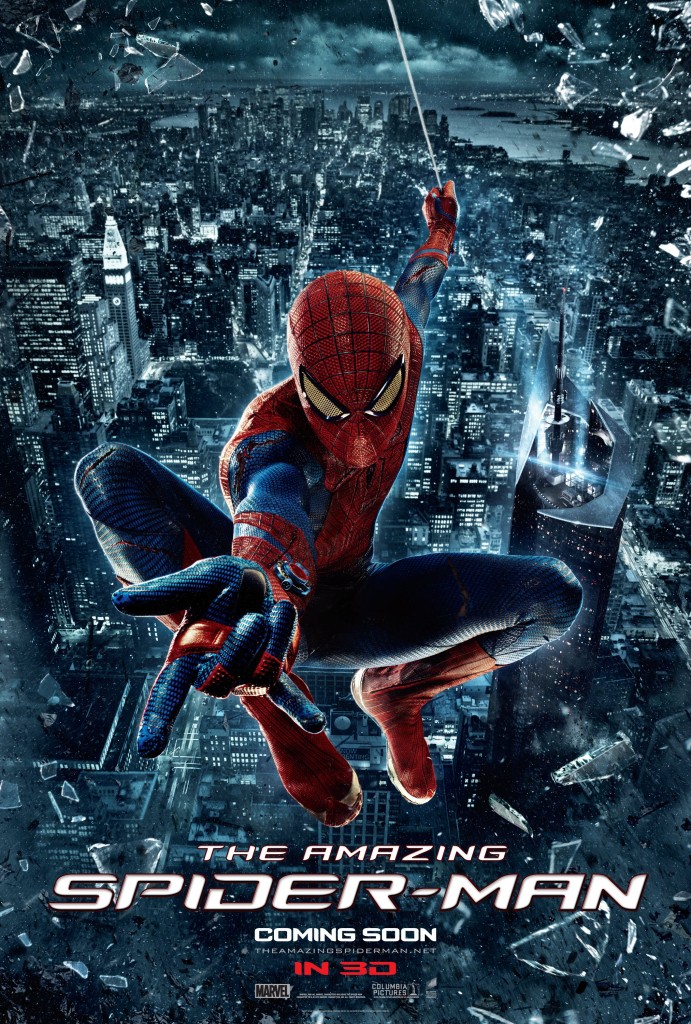 After Peter Parker finds out his missing father worked along side Dr Curt Connors, played by Rhys Ifans, he starts to investigate Oscorp, where Connors and his father once worked. This begins a chain of events leading to Peter becoming Spiderman and Dr Curt Connors becoming the Jekyll and Hyde inspired super villain the Lizard.

Like a lot of people, I was unsure that Spiderman needed to start again but the reboot is hot right now in the film industry thanks to the success stories of James Bond and Batman.  When Sam Rami’s Spinderman 4 ceased production in 2010 Sony turned to director Marc Web and screenwriter James Vanderbilt ,already working on Rami’s Spiderman 4 , to make The Amazing Spiderman.

The result is a sharp and somewhat darker version of this now classic story. Marc Webb does not disappoint with visually stunning   high rise sequences enabling the audience to experience life as web slinger. Mix this with the strong cast and you get a slick, emotionally charged, action filled superhero ride.

Andrew Garfield feels convincingly real as the a teen superhero with great chemistry with his co star Emma Stone. As a comic fan I am pleased with this portrayal as it  is closer to how I envisage Spiderman. A great start to what will be the first in a new trilogy. My spidey sense is tingling already.