This 1930’s Noël Coward play about relationships is hailed as the ‘original rom-com’ on Q Theatre’s website. This production is brought to us by the consistently great Silo Theatre whose productions Tribes and The Pride we reviewed earlier in the year.

The story follows the ill-fated relationships of two couples, Elyot and Sybil and Amanda and Victor. It becomes clear very quickly that these are not the best of matches, made even more awkward once it is revealed that that Elyot and Amanda, who are five years divorced, are honeymooning in the same hotel in adjoining rooms with their new spouses. 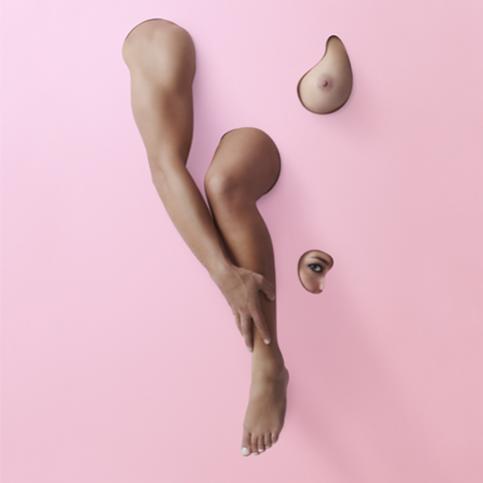 Private Lives focuses on the love-hate relationship of Elyot and Amanda. Their chemistry is unmissable and they seem unable to help themselves as they run off together leaving their hapless new ‘better halves’ behind.

What unfolds is a steamy and hysterical tempestuous toing and froing from admiration to disdain between these two can’t live with, can’t live without couple.

Amanda Prynne is played by Mia Blake, who brings a fresh sassy and sexy vibe to the stage. Her confidence and chemistry with her co-star Matt Whelan allow the love scenes to be both steamy and comical. I loved both characters arrogance and unwavering confidence throughout. 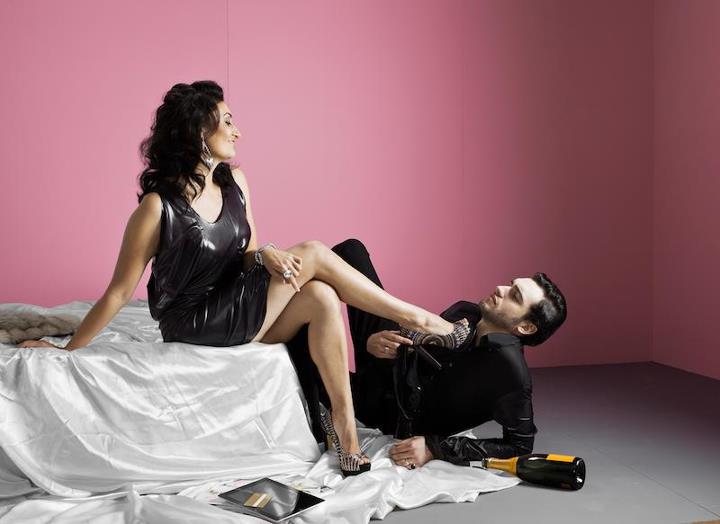 Victor Prynne, Sam Snedden, and Sibyl Chase, Sophie Henderson, play the somewhat down trodden abandoned newlyweds. When they are given their chance to confront their partners the relationship mayhem continues. Sophie conveys an excellent contained and naive Sibyl while Sam portrays a fair-play gentleman who reflects perfectly the opposite of Elyot.

The set looks like a nightclub with white cubed walls and two black patent ottomans. It can be hard to know where you are, due to the minimalist style and subtly of the set changes. It does allow for a certain timelessness though as it could be ultra-modern or ultra-retro? The costumes too are sleek, sexy and simple and the whole casts looks über stylish!

Along with the modernising of the set was a slight modernising of the text with a few contemporary references thrown in. This didn’t feel necessary but did not hamper my enjoyment of the show. This production has also chosen a modern soundtrack which they use to their comedic advantage.

Over its 80 year history Noël Coward’s script has shown itself to be as sharp and witty as ever, and will no doubt continue to delight a giggling audience for years to come. This comedy provides a great sounding board for the ridiculous ways we talk to each other in relationships.

Silo Theatre’s production of Private Lives is a fun contemporary vision of a stage classic brought to life by some fantastic cast chemistry and pacey energetic performances. A battle of the sexes not to be missed!

At Q Theatre’s Rangatira until 29 September. For tickets and further info click here.