Week one of Short + Sweet Theatre’s Wildcard program holds a mixed, and in several cases surprisingly excellent, hand of eight plays. The collection shouldn’t be discredited for not making the top 30. Within its medley of Australian, American and Kiwi composed plays, there are a handful of strong competitors likely to make an impact – should they make it to the Gala Final.

Characteristically, many plays in the Wildcard showcase lack the sensitivity and depth you would expect to find in the top 30. Serendipitous collisions, cataclysmic epidemics and ‘bro’s for life’ moments, although clever and fresh don’t tug hard enough to successfully entrap you emotionally. Instead the themes are often a little skirted over and remain hidden within the plays. Not entirely a negative feature – this approach allows these productions to reach wide and the result can be easier to relate to and more entertaining. 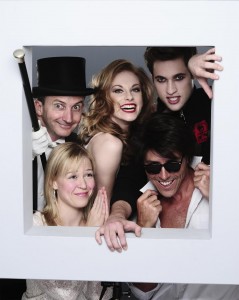 Most outrageous of the eight plays is A Cultural Hierarchy, which follows Angie and Sebby on a power grappling journey of two alpha-personality art tour guides. This number delightfully stretches the odd arty person cliché to the next level in a hilarious, no holds barred, look at personal phobias.

Conversely, two plays thicken the air as they both attempt to tackle major family themes. Bed Time Monsters does so on an intimate scale, while For Our Kind tackles the major task of an epidemic on a global scale. The latter fuses a classic sci-fi plot with a tiny but bold slice-of-life script to great effect and looks at how the role of parenting and coupling changes when faced with the task of repopulating a near extinct species. Both plays create emotive tension by way of powerful pairs of actors.

Light hearted love story Riding the Red, is a simple and very effective tale of two people, whose ideas of love becoming simultaneously sensible. Lana Walter plays an excellent Kiwi style Bridget Jones whose date starts out well ‘He’s frigging hot, but I play it cool’ but fizzles out too soon.

The lo-fi yet cleverly crafted Mechanics won my vote. Written, directed and acted by multi-talented duo Eli Mathewson and Joseph Moore, the play follows a couple of C grade mechanics who are A grade mates. Key gags drive the play forward, this paired with a heavy dose of dry wit creates charming comic friction as the young men’s friendship begins to impose on their family life. 2012 Billy T Award winner Guy Williams’s droll narration of the scenario is the ‘wax on the Holden’ and really ties the short and sharp plot together.

If you’re not a fan of voting up the underdog, Short + Sweet’s assortment of Wildcard shows will delight and disarm you.