Silo Theatre have opened with another exciting and sure to be popular production.

Brel -The words and music by Jacques Brel features an assortment of goodies. Character filled story telling and poetic songs that grab the imagination and transport you to different times and places. 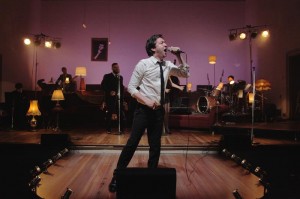 With a phenomenal live band accompanying the performers, led by Leon Radojkovic, you are totally escorted into the world of Brel.

If you haven’t heard of Jacques Brel you won’t be alone but you will definately want to find out more once you see this show. This Belgian singer-songwriter composed brilliant songs for performance and Silo have grabbed these by the horns!

The stars are not only the songs but those that can bring them to life and these four performers had their work cut out.

The excellent cast of four, Jennifer Ward-Lealand, Tama Waipara, and the theatrical debut of Julia Deans and Jon Toogood, take you through 22 of Brel’s songs performed as solos, duets or group pieces.  Staged with their musicians around mood lighting and retro furnishings director Michael Hurst has created an accessible lounge feel while using the illuminations as set changes.

The costumes, by Charlotte Rust, worked fabulously with the set and complemented the feel of the music bringing extra style, romance and glamour to the occasion. 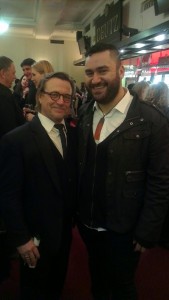 There where some songs that grabbed me more than others and that may be the case for everyone although the songs may differ. I really enjoyed Carousel, Amsterdam, Timid Frieda and Song for Old Lovers.

The tempo changes throughout and one thing you may not expect is the emotion, humour and expression you get from these brilliant renditions. It’s difficult to describe the intensity and intimacy except that the audience reacted in giggles, cheers and stunned silence dependant on the song.

It goes without saying that all four on stage are where they belong and all give superb vocal performances. However this really is something different and you may only have one chance to experience it!

Go and see Brel and become enchanted by these beautiful poetic songs by four of the top voices in the country. A smokey cabaret with a mean swagger!

Brel is on until the 24 November at The Concert Chamber, Auckland Town Hall.