With the world becoming increasingly more mobile, immigration has become a significant part of life for many individuals and families.  New Zealand has definitely become more of a multicultural hub as a result of this.

Penned by Desiree Gezentsvey, Nuclear Family offers a fresh perspective on the “joys of immigration” through the eyes of a group of Venezuelan and Soviet Jewish immigrants the day before the 1986 Chernobyl disaster.  It explores the emotional journey experienced by immigrants as they acclimatize to life in a new country – adapting to cultural differences, learning the local slang, struggling with identity issues and establishing a new career path.

Zina moved to Aotearoa seven years ago and while she has become quite settled in her new home she still has ties to her home country, Ukraine, where her children still reside.  Abi, a friend, has recently immigrated but already longs to return to Venezuela which doesn’t sit well with Alec, her husband. 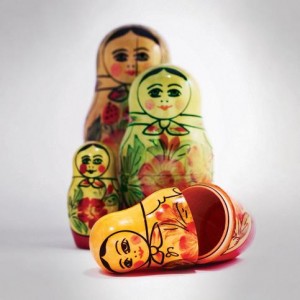 At the center of it all is Zina’s shrewd and charming Babushka who doesn’t approve of her granddaughter’s manipulative ways and who’s sole concern is the promise she made to Zina’s late parents.  Collectively they all question the existence of freedom, choice and control in their lives as immigrants.

The most remarkable thing about this production is it is performed solely by one person.  Yael Gezentsvey skillfully and effortlessly portrays a dozen characters throughout the hour – each completely fleshed out with their own distinct accent, voice and mannerisms.  Apart from the core characters, some of the other personalities we get to meet are a friendly Maori neighbor, a playful child, a typical Kiwi bloke and sleazy Mr Potts.

Yael seamlessly switches between them all and although you may initially struggle to work out who’s who, you will quickly notice clear points of difference with each character.  This is truly a credit to and joined product of Yael’s impressive acting prowess and James Hadley’s vision and superb direction.

For me, I felt the underlying message that this story ultimately delivers is that everyone has an innate desire to belong somewhere.  It tackles the feeling of alienation and being torn in between two worlds that is often faced by immigrants, particularly if the family is divided.  This is also represented in the cleverly conceived set of two contrasting picket fences on opposing ends of the stage.

Nuclear Family is funny and gut-wrenching, riveting and moving, earnest and heartfelt.  It will speak to those who are immigrants themselves and will provide an eye-opening window into that life for those who aren’t.  It is a thought-provoking and exceptionally written piece performed flawlessly – a wonderful mother-daughter collaboration not to be missed.

Nuclear Family is playing at the intimate Loft at Q until 10 November.  It’s only a short season so get in quick!