Every inch of the theatre was decked out with lights, tinsel and Christmassy trinkets while seating people around tables created a fun comedy club atmosphere.

This adult panto was written by Nic Samson and Barnaby Fredric who both star in the show.  Sam is Rudolph the drug addicted reindeer and Barnaby blesses us with the story’s narrator, the excellently hilarious Michael Exposition, a brilliant take on a classic Michael Caine. 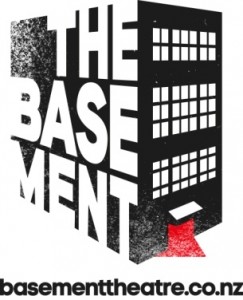 Alongside Rudolph are sidekicks’ Kimberley Crossman, as the ditsy blonde, and Mick Innes as a wood enamoured elf.

MEGACHRISTMAS is a silly journey into a Christmas world where Christmas may not happen! The morning after a particularly raucous North Pole staff party, the revellers awake to find Santa missing. Where the f&*k is he??

Well as Mrs Clause swigs on vodka and awaits the return of her AWOL husband, Rudolph and his trusty friends, along with a desperate Bi-Polar Bear, get searching! 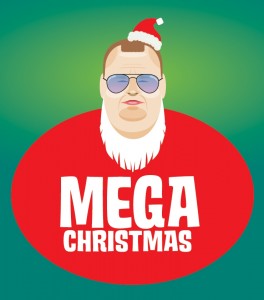 Their journey takes them to beyond the North Pole on an insane world trip where they encounter the most unexpected of characters.

From Joseph Kony to Jesus Christ this is a land where Wally (or Waldo) finds his soulmate in fellow hider Carmen Sandiego, Bjork brings her special blend of Elvish crab music to Auckland and Michael Jackson puts in his pledge to be Santa.

Jesus, played by Shortland Street’s Harry McNaughton was a particular highlight for me as he glided through the aisles as a preppy version of Christ our Saviour.

Like all good panto’s there’s plenty of room for audience participation and expect to get cosy with the performers during the show!

Featuring a rotating cast of some of New Zealand’s top talent every night will be different. Just like opening your advent calendar!

This show is full of no holds barred adult humour; MEGACHRISTMAS is definitely one for the big kids!

So the question on everyone’s lips was did Kim Dot Com turn up to save Christmas?? Well you’ll just have to see the show to find out!

Increase your laughter download speeds for MEGACHRISTMAS! It’s a mega silly yuletide comedy bursting with talent! See it at Basement Theatre until 22 December 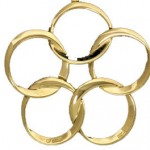