St. Jerome’s Laneway Festival is almost here, have you got your ticket?? Having first made its way across the Tasman in 2010 this Aussie born festival has strong roots.

Beginning in 2004 , Jerome Borazio and Danny Rogers decided that summers in Melbourne would be greatly improved with more live music in unique settings So they began booking bands to play at St. Jerome’s Bar (RIP) in Melbourne’s Calendonian lane.

They started with St. Jerome’s Summer Series each Sunday then extended to include a monthly Saturday night called Brains (which was actually a residency for The Avalanches, who turned the little bar inside out). But their ambitions grew larger so with some friendly persuasion Danny and Jerome convinced The Avalanches that they could close the lane, remove the bins and throw a proper laneway party!! 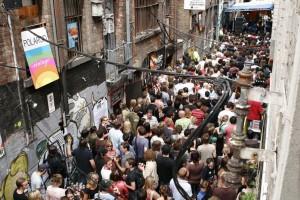 Fourteen hundred people attended the first laneway festival and soon it became a national tour across Australia before landing on our shores in 2010. In 2011 it launched in Asia and now has a huge and respected international presence even being represented in SXSW festival and London’s Field Day.

So why are they so hugely respected? Well these guys know their stuff and get out there to gigs to find YOU the best line up each year and 2013 is no exception!

This years line up includes Alt-J, Bat for Lashes, A Place To Bury Strangers and The Phoenix Foundation to name a few.

Tickets are on sale now for the Auckland Silo Park Festival, Wynyard Quarter, 28 January so check out the website and just do as the cat asks! Laneway Auckland 2013! 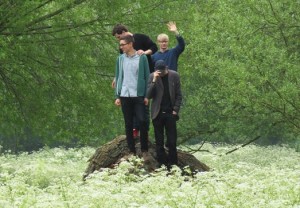 Alt-J will be performing at Silo Park Auckland

A PLACE TO BURY STRANGERS

OF MONSTERS AND MEN 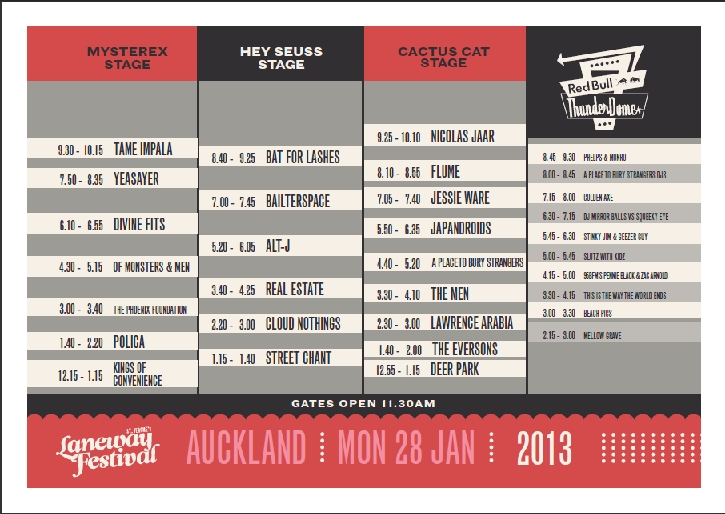