Telling the story of the worst natural disaster in recent history was always going to be a sensitive affair which would take a special story teller and talented cast.

This emotionally charged account of one family’s story after the Boxing Day Tsunami sees Naomi Watts and Ewan McGregor play Maria and Henry Bennett, a British couple who live in Japan and whisk their three boys away for a Christmas holiday in Thailand.

The family arrive to spend a few days in a brand new resort and as the family settle into their holiday by the pool the audience is waiting for the inevitable so the tension is already in the air. When the wave does hit it’s stomach churning anxiety from here on in. 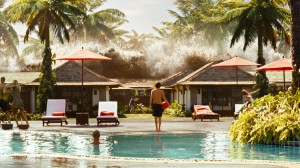 If you have seen the trailer for the film you have an idea of the heart wrenching story ahead that really does still seem very raw, but what unfolds exceeded my expectations.

The tsunami sequence itself is truly terrifying and looks extremely real and graphic, as a piece of film making it’s perfectly executed. When the wave settles we are met with just the bare emotions of the characters. The mother son scenes with Watts and Tom Holland are fantastic and throughout the film Tom excels with a mature representation of a child thrust in to extraordinary circumstances.

There are some great life affirming moments which touch on the Thai community’s endeavours with rescues, searches and the hospital staff working in chaos.

Ewan McGregor gives a phenomenal performance at Henry Bennett, the desperate father searching for his lost family and I believe he has one of the most affecting scenes in the film when he finally lets himself feel what has happened. 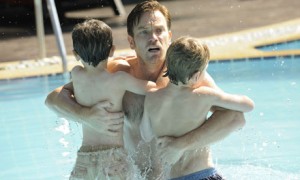 I would go prepared for tears while you watch this determined family trying to survive and find one another, this film does more than pull on the heartstrings it plays tug of war with them!

McGregor and Watts deserve the accolades they have received for their performances as they give honest, but what must have been very challenging performances.

There is no doubt that the direction here achieves both epic action sequences and highly emotive personal scenes enabling the audience to really walk in the shoes of the characters telling this extraordinary story.

This film shows you just enough as to not be gratuitous but the magnitude of this disaster is unavoidable. The Bennett’s story is a phenomenal one but it is not forgotten how many would not have made it. You are just left with the thoughts of how far they will go on and begin to come to terms with this seemingly impossible course of events.

The Impossible is released in New Zealand 24 January 2013.