Sixto Rodriguez, the singer-songwriter, and subject of the wonderful and Oscar nominated film Searching for Sugar Man (reviewed here,) will be performing in Auckland and Wellington this March.

Following his revived success, Rodriguez is now touring around the world to fans old and new.

If you know nothing of this man’s story then I highly recommend doing some research and watching the film, as what you will discover is a truly fascinating and talented man.

In short the Detroit based musician produced two albums in the 1970’s, Coming From Reality and Cold Fact, which failed to sell as expected in the US. This resulted in him giving up his passion of music and living a modest life. 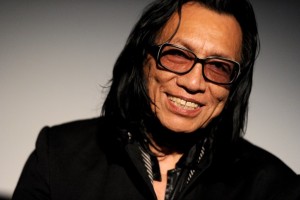 However on the other side of the World in South Africa, New Zealand and Australia the albums became big sellers.

The man himself remained a mystery, an urban legend even. Stories circulated of death and dramatic suicide until two South African fans decided to find out the truth. Theirs is the story that forms the narrative of the documentary Searching for Sugar Man.

Rodriguez will be performing at Wellington Town Hall on March 16 and the Logan Campbell Centre in Auckland on March 17.

for a chance to see this living breathing legend you can buy your tickets from January 29.