For the second year St Jerome’s Laneway Festival took over Auckland’s Silo Park. Filled with the young, hip, and beautiful people this impressive line up rocked the waterfront on this hot and sunny Auckland Anniversary Day. A perfect back drop for this international festival. 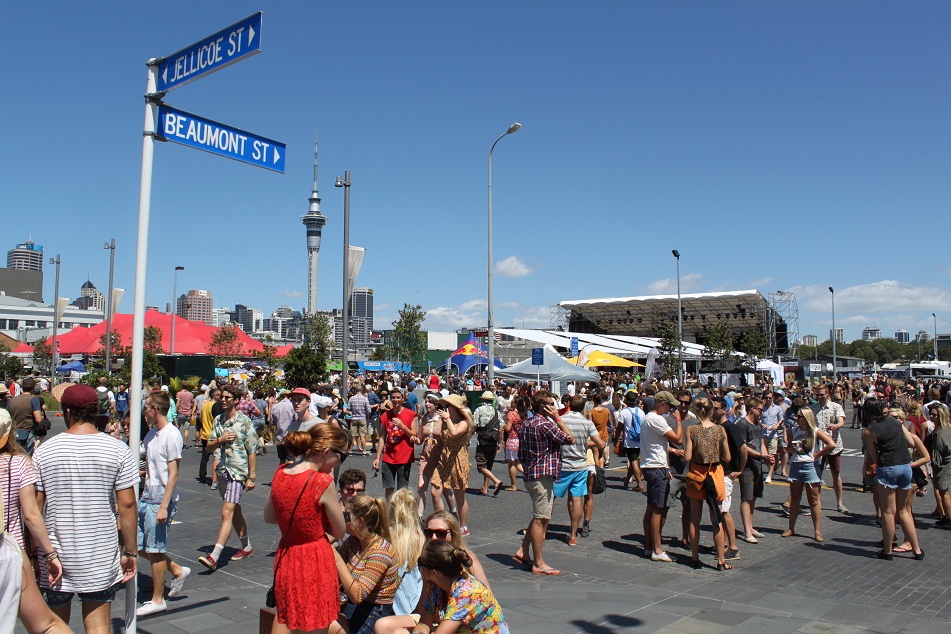 This year’s line up included Alt-J, Of Monsters And Men, Bat for Lashes, A Place To Bury Strangers, Flume and The Phoenix Foundation to name a few.

The organisers have made the most of the space including a new stage in a silo and one on the waterfront.

Big sunnies, straw hats and hot pants where the uniform of the day from the young and stylish Lanewayers . Beautiful weather was an added bonus and the shaded areas were much appreciated but extremely popular, so unfortunately just not enough to go round. 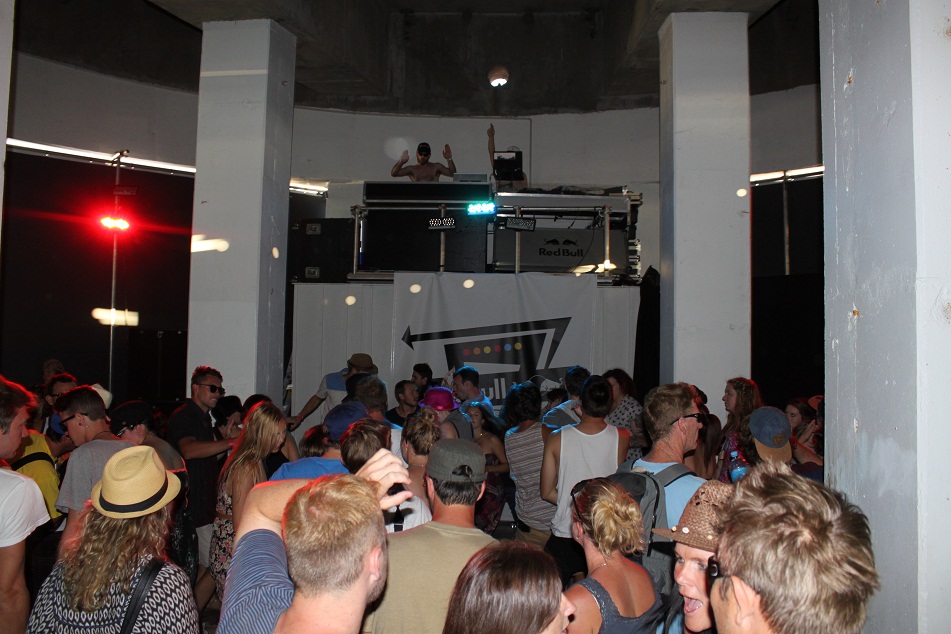 The Redbull Thunder Dome – the stage inside a silo. Photo: Ian Wright.

The facilities are very good overall but as expected queuing seemed to be one of the key aspects of the day.  This is a shame but seems to come with the festival territory. I am not sure if they received more punters than expected or if we were just an especially thirsty lot but running out of beer and cider at around 7.30 (2 more drinking hours left) was a little disappointing, and available stock was not advertised before getting in queues.

By just after 8pm all but the main bar were closed which was both frustrating and boring (more queues) as well as disappointing to only be offered Chardonnay!

Moving on to the music itself. The excellently selected line up provided everything a festival goer could want, from the Norwegian folk duo Kings Of Convenience getting the crowd in the party spirit at midday, to some psychedelic rock from Aussie band Tame Impala at the end of the night.

Of Monsters And Men was a definite Keeping Up With highlight getting the crowd jumping and singing in the sun. 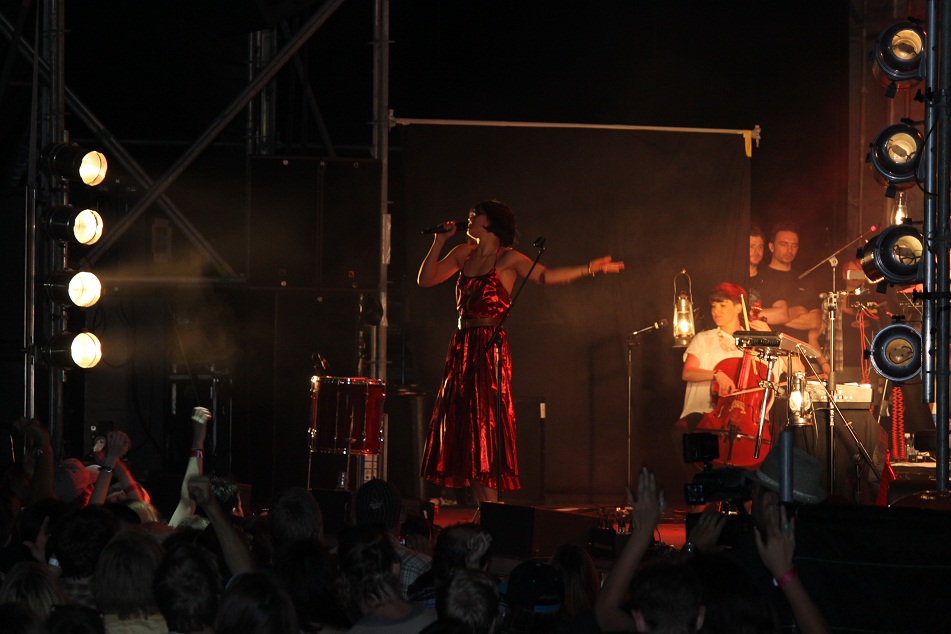 As the sun went down to make way for the bright moon, Bat For Lashes gave an excellent and vocally impressive performance.

As a city festival this is definitely one that seems to have made itself at home in Auckland. Wynard Quarter’s Silo Park is really a place to celebrate so it’s fantastic that Laneway gives Aucklanders, and visitors, another chance to bask in our city’s growing cultural landscape.