This year’s New Zealand International Film Festival is already shaping up to have a great line up. Movie lovers will be glad to hear that NZIFF have confirmed two classic Hitchcock thrillers, North by Northwest and Dial M for Murder, which will be shown in 3D!

Dial M for Murder 3D, stars Grace Kelly and was originally released in 1954. This is Hitchcock’s first and only use of the 3D technology. It was released just as the popularity of 3D was waning.

It was rarely shown in 3d at the time of its original release so after nearly 60 years audiences can now see this high definition restoration.

North by Northwest, 1959, stars Cary Grant as the advertising executive who is caught up in a case of mistaken identity and Government conspiracy, with co-stars James Mason and Eva Marie Saint.

“Alfred Hitchcock’s North by Northwest is a masterpiece of popular cinema and simply one of the most entertaining thrillers ever made. We think it most unlikely that you’ve ever seen it looking better than it does now” says NZIFF Director Bill Gosden.

NZIFF programmes will be available online June 25 in Auckland, and June 28 in Wellington. For Festival updates visitwww.nziff.co.nz 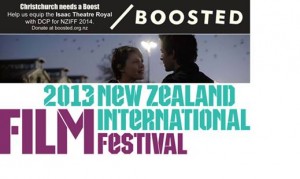