Featuring the musical classics All That Jazz, Razzle Dazzle and When You’re Good to Momma, the winner of six Tony Awards, two Oliviers and a Grammy will be at Auckland’s Q Theatre from 1 November. Auckland Theatre Company’s outstanding 2013 season is to end with a BANG when Michael Hurst brings us Chicago, starring Lucy Lawless, Amanda Billing and Shane Cortese.

It’s set during the Roaring Twenties, an era renowned for organised crime, alcohol prohibition and the very best jazz. Chicago tells the story of a bawdy band of murderesses in Cook County Jail. The leading ladies Velma Kelly (Lucy Lawless) and Roxie Hart (Amanda Billings) are both headed for Death Row but will they be fighting for freedom or stardom? 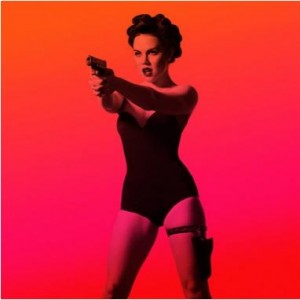 “The thing about Chicago is that underneath all the jazz and the fizz is the pulsing, wild, abandoned and desperate beating heart of a corrupt and exploitative society. It’s a dark, sexy and vicious tale, propelled by extraordinary music – the rhythms of murder and corruption; the rhythms of lust.  It’s a revelatory tale of the transience of celebrity. And it’s fabulous.” Said Director Michael Hurst.

This is going to be epic and a real celebration of the talent involved in this admirable company.

Chicago will take over Q Theatre from 1 – 30 November and tickets are available now.