Laneway Festival has announced the 2014 Auckland line-up, an eclectic mix of international and New Zealand artists which includes young Kiwi phenomenon Lorde. Fresh from a wildly successful debut in Detroit, the St Jerome’s has gone from strength to strength over its eleven year history. Eight cities now take part in this boutique event that is a real gem of the hectic festival market.

Now four years in, the Auckland Laneway takes place amongst the towering concrete cylinders of Silo Park looking out to the sea. The 2014 event will have plenty of shade and covered areas and extended bar areas, which is great news after last year’s scorcher! 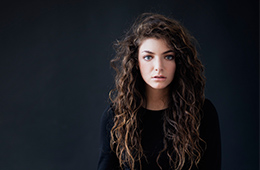 Lorde features in the Laneway 2014 lineup

So save the date as the 27 January (Auckland Anniversary Day) will be BIG, see the full lineup is below.

Tickets on sale from www.lanewayfestival.co.nz and Ticketek www.ticketek.co.nz