Last Laughs showcased a selection of the best talent in New Zealand last night, with the Billy T and Fred Award finalist all performing. There was also a chance to see this years Raw Comedy Quest winner.

Hosted by Dai Henwood, this years event was a slicker, shiner show which will be broadcast on TV3. Henwood did a great job as master of ceremonies, and held the show together keeping it pacey and fun.

The Billy T was hard to predict, but it was Guy Montgomary who took away the yellow towel. 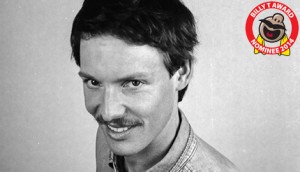 The other nominees for the 2014 Billy T Award were: Tim Batt, Brendon Green, Jamaine Ross and Stephen Witt. The standard was extremely high, and all gave a good gig on the night. The 2014 Billy T Award winner takes home more than the prestigious Yellow Towel. There’s a $4000 cash grant from the New Zealand Comedy Trust, a spot on TV3’s 7 Days, $2000 Huffer clothing voucher and a campaign on The Rock FM.

The Fred Award for best show by a New Zealand comedian went to the wonderful Trygve Wakenshaw (Kraken). He gave the best acceptance speech that epitomised why we all loved his show so much. Original, clever and mesmerisingly talented. 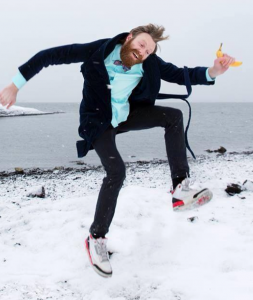 The other finalist for  The FRED Award were Jamie Bowen (Heart Goes Boom) and Rhys Darby (Mr Adventure) who both performed a top notch set.

The FRED Award winner receives the golden gumboot and $10,000 prize package including; a cash grant of $2500 from the New Zealand Comedy Trust and advertising campaigns with More FM and The Dominion Post.

The Raw winner, James Malcolm, ended up really impressing with his sharp material. Jokingly slating his dress sense as ‘dressing as a toddler’ in a Micky Mouse tee and jeans, he was instandly likable. James Malcolm is a wonderful example of the great young Kiwi talent we have out there.This 18 year old from Wellington is defiantly one to watch. 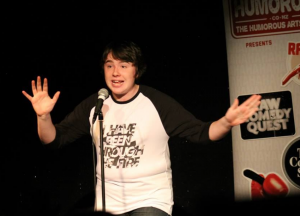 For the second year TV3’s People’s Choice Award went to Urzilla Carlson, whose sold out shows continue to please and she is well and truly been taken into the people’s hearts.