There’s a new venue in town for this year’s laugh fest – The Montecristo in Auckland. As excited comedy fans we were keen to hear more about it, so we quizzed Jesse Griffin for the inside story.

Who’s behind the Montecristo?

It was initiated by me late last year. The idea to run a venue has been brewing for a few years, pretty much since I moved back to NZ from Melbourne in 2010.

Many overseas Comedy Festivals I’ve performed in have venues that have the same shows running in them for the length of the festival, i.e. you open on the first night and close on the last night and in between you’ve done 18 or 20 odd shows. Your show has a chance to really develop during that time. I used to enjoy doing such seasons and thought it time to open a venue here in Auckland where that was possible. After attending a party at the Montecristo (the band and party function rooms under Toto Pizza on Nelson St) I knew I’d found the perfect spot.

I approached a bunch of comics to be involved and they we’re all really excited about the  prospect too. The core collective comprises myself, Guy Montgomery, Joseph Moore, Tim Batt, Brendon Green and Deb’s McSmith (our awesome venue manager and general sorter-outerer of stuff).

What does the Montecristo add to the NZ International Comedy Festival?

It offers a destination venue, where punters can come along and see great comedy and drink in the (three) bars and eat delicious Toto’s pizza. There is a big range of solo shows on offer from some of the Country’s best young comics. There are also late afternoon weekend shows as well as different late shows each night (from Wednesday to Saturday). The venue itself is a bit of an Auckland institution – a bit rock n roll, a bit retro – and people will really enjoy hanging out there.

Who are your comedy heroes?

Not so much heroes, as some of the following people are deeply flawed individuals, but I love Stewart Lee, Mickey Flannagan, Daniel Kitson, Maria Bamford, The Boosh, The Pajama Men and Mike Wilmot

Who can we see at the Montecristo at this years festival? 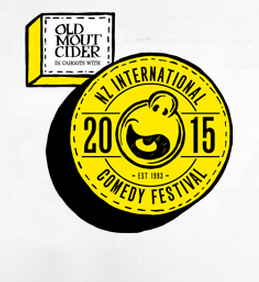