The New Zealand International Film Festival (NZIFF) today revealed five Sundance award winners that will be screening on its 2015 programme, including two women-centred comedy dramas, Grandma and The Diary of a Teenage Girl, hailed for their originality and frankness. 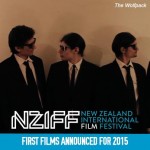 The Wolfpack, Grand Jury Award winner for Best Documentary and Cartel Land, a hair-raising inside view of a Mexican vigilante force are the first documentaries announced for NZIFF. From Bollywood, Umrika, Audience Award winner in the Sundance World Cinema, section rounds out the initial announcement.

“We began our programming year energised by the sheer vitality of films emerging from Sundance,” says NZIFF Director Bill Gosden.

“NZIFF audiences can look forward to seeing a whole raft of them this winter. We’ve chosen five distinct originals to launch our first programme announcement for the year.

The winner of the Documentary Grand Jury Prize at Sundance this year, Crystal Moselle’s film The Wolfpack delves into the bizarrely sheltered lives of six brothers whose father has confined them and their sister since birth to the tiny rooms of their Lower East Side apartment. 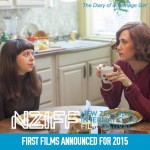 From the Sundance U.S Dramatic Competition section NZIFF has secured Marielle Heller’s The Diary of a Teenage Girl based on the graphic novel by Phoebe Glockener. Exhilarating in its candour and ironic verve, The Diary of a Teenage Girl recounts the visceral thrills and spills of 15-year-old boundary-pushing Minnie (Bel Powley) as she throws herself into her first affair –with her mother’s boyfriend. 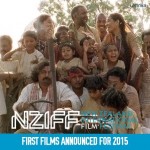 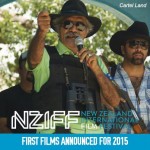 Matthew Heineman’s unnervingly action-based documentary Cartel Land captures the impact of Mexican drug cartels on both sides of the border. With staggering front-line access, Heineman observes the retaliatory forces that have formed in response to oppressive cartel violence and governmental indifference 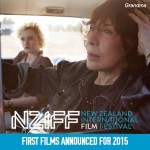 In Grandma, a constantly surprising comedy drama from About a Boy director Paul Weitz, Lily Tomlin is hilarious and moving as a sharp-tongued, taboo-breaking granny who comes out fighting for her pregnant teenage granddaughter.

The following dates are confirmed: