Celebrating 10 years of bringing the best of French cinema to New Zealand, the Alliance Française French Film Festival is delighted to unveil the official film selection for the 2016 edition. As you may well know the KUWNZ team love a bit of cinema so we’re dying to dip into what this has to offer.

The 2016 programme features 37 titles, including a special section of films from the Cannes International Film Festival, Festival Patron Antonia Prebble’s personal favourites and a number of international French-language productions. So, here are our picks of the festival for 2016.

The section ‘Le Festival de Cannes en Nouvelle-Zélande’ features the New Zealand premières of Palme D’Or winner at the 2015 Cannes International Film Festival, Dheepan is an essential film to watch within the context of today’s geopolitics.

Dheepan is a Sri Lankan Tamil fighter, a Tiger, who decides to flee his country as the civil war draws to an end. In a refugee camp, he finds a woman and a little girl, both of whom he does not know, to seek political asylum in Europe as a family.

The coveted Opening Night spot will see Julien Rappeneau’s first feature Rosalie Blum open the Festival in each city. The film will have its International Première at the Wellington launch on February 17.

Based on the award-winning series of graphic novels by Camille Jourdy, Julien Rappeneau’s enchanting directorial debut Rosalie Blum is a warm, witty and impeccably performed comedy about a random encounter that has unexpected and far-reaching consequences. 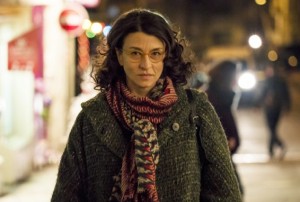 At the center of Mon Roi is a passionate and destructive relationship that unfolds over a decade. Tony (the outstanding Emmanuelle Bercot, winner of Best Actress at the 2015 Cannes International Film Festival) is admitted to a rehabilitation center after a serious ski accident. Dependent on the medical staff and pain relief, she takes time to look back on a turbulent relationship that she experienced with Georgio (Vincent Cassel, La Haine, Black Swan).

God exists! He (Poelvoorde) lives in Brussels with his wife (Moreau) and daughter, Ea (Groyne), and He’s a real jerk to them both. He lives in an apartment and spends most of his time in a giant office where he controls the world through an old computer. His son, JC, whom you may have heard of, made his escape long ago.

When Ea gets fed up with her father, and with some encouragement from her big brother JC, she decides to leave the nest, find her own apostles, and write her own brand new testament.

Michel (Bruno Podalydès) is in his fifties. Happily married to Rachel (the talented Sandrine Kiberlain) and working as a graphic designer in his brother’s company, he has always been passionate about the French airmail service but never learned to pilot the planes he so admired.

One day, stumbling upon pictures of DIY kayak sets, he realises he has finally found a way to set off on his ultimate adventure. Secretly, he begins to purchase the necessary equipment and prepares for the big day. Although he dreams about his sweet escape, he dares not take the plunge. That is, until Rachel offers to help him.

Following the delightful comedy What’s In A Name, writers Alexandre de La Patellière and Matthieu Delaporte are back with another irreverent story.

Florence (the always hilarious Foïs) and Vincent Leroy (Lafitte, from La Comédie Française) have been the definition of a perfect couple: happily married, successful in their jobs, and parents to three beautiful children. Now that their love for each other has faded, they want to be successful in getting a divorce.

The Alliance Française French Film Festival kicks off from 17 Feb – 10 April all around New Zealand, 24 Feb – 13 Mar in Auckland. For all dates visit their website.