New Zealand’s premier group Fat Freddy’s Drop has announced their return to Splore adding to an already long history with the festival. They performed one of their earliest festival shows at Splore 2002 at Waharau Park with a very memorable set in a geodesic dome brought over from Burning Man.

Their song “Hope” was recorded live at the event.

Fat Freddy’s Drop returned to play Splore at Tapapakanga in 2006 alongside Hollie Smith and Pitch Black who are both performing at this years’ festival.

Splore loyalists will remember both these performances so adding this iconic New Zealand act to the line-up is the icing on the cake to what is already a festival crammed with live acts, DJ sets, performance and art. Fat Freddy’s Drop playing on the beach at Tapapakanga Park will be a magical experience for those lucky enough to attend Splore 2017.

Also added recently to the line-up is NYC legend John Morales who played Stardust Ballroom and the infamous Studio 54 back in the day. King of the classic remix John brings that irresistible old school house party vibe.

And from the Berlin club scene, Nico Stojan will deliver an extended house techno set to delight the audience at one of Splore’s beach side zones.

Joining him will be The Dub Pistols’ Barry Ashworth whose energetic DJ sets cover an eclectic mix of electronica, ska, hip hop and punk.

Splore’s enviable reputation as New Zealand’s best boutique music and arts festival means tickets are now at a premium with an expected sell out event.

For more info and full line up go to the Splore website. 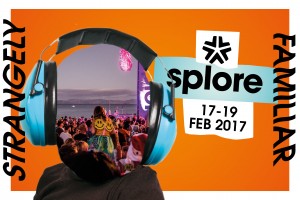