Dizzee Rascal makes his long overdue return to New Zealand after a five-year absence. Festival Director, John Minty who travels extensively to look for suitable Splore acts says Dizzee Rascal stood out as a great act for Splore and says he is very excited to finally be able to secure him for the festival.

“Dizzee Rascal’s shows have a reputation for intense energy with his mix of original grime, trap and pop. I’m looking forward to his main stage show on the beach front at Tapapakanga.” 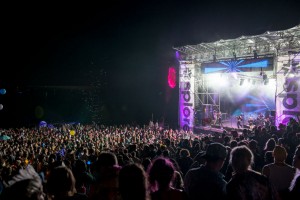 On the back of Splore 2017 success with early opening,  there will be limited ticket sales for a Thursday entry from 2pm with restricted access to the upstairs camping. Entertainment will focus in the Old Mout Cider bar with a DJ programme for Thursday evening.

Joining Dizzee Rascal on Splore’s first line up announcement is Jamaican star, Chronixx, who is credited with spearheading the recent reggae revival. Coming off huge sell out shows in Europe, Chronixx (Jamar McNaughton) is riding a wave after the release of his recent Chronology album.

The phenomenon that is Too Many Zooz from NYC will make their New Zealand debut at Splore 2018. The NYC subway buskers became a viral sensation after a passerby posted a clip to Youtube in 2014. Since that time Too Many Zooz have performed to sell out shows around the world and built an almost messianic following. 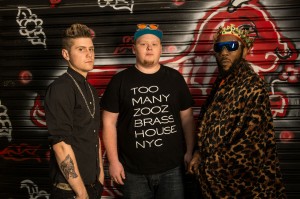 Too Many Zooz are confirmed for Splore 2018

A further music announcement will be made early November, followed by the performance announcement for Splore’s Living Lounge zone.

Watch this space for further announcements and check out the Splore website for more info.